Interview: How ‘Little House of Dreams’ Was Inspired by Sex And The City

It all began with an inspiration after a visit to New York City’s sensational cupcake store Magnolia Bakery — the brand that is said to be responsible for the undying cupcake craze after its appearance in the popular rom-com TV series Sex and the City.  “I was kind of inspired by Magnolia Bakery and wanted… Read More Interview: How ‘Little House of Dreams’ Was Inspired by Sex And The City

It all began with an inspiration after a visit to New York City’s sensational cupcake store Magnolia Bakery — the brand that is said to be responsible for the undying cupcake craze after its appearance in the popular rom-com TV series Sex and the City.

“I was kind of inspired by Magnolia Bakery and wanted to bring this same concept back to Singapore,” said Audrey Lee the co-founder of Dreams Establishment Pte Ltd, a multi-label lifestyle company.

Audrey’s inspiration — which initially started off as a hobby — materialised into Little House of Dreams; Singapore’s first home-grown bakery to offer dessert tables with personalised confections and elaborate table styling on top of selling bespoke cakes. 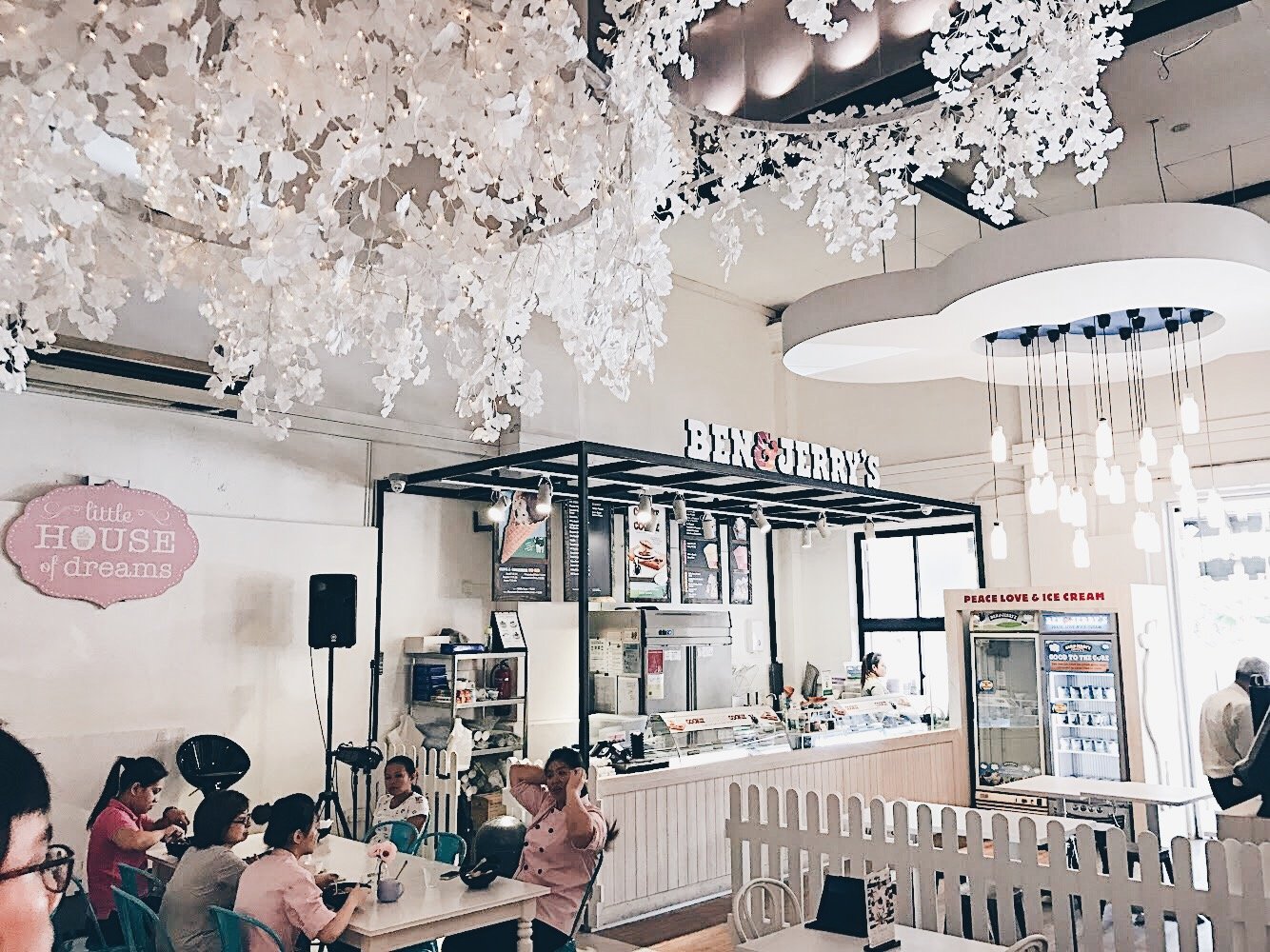 “Most of the customers that come here are families, kids and ladies,” said co-founder Grace Goh. 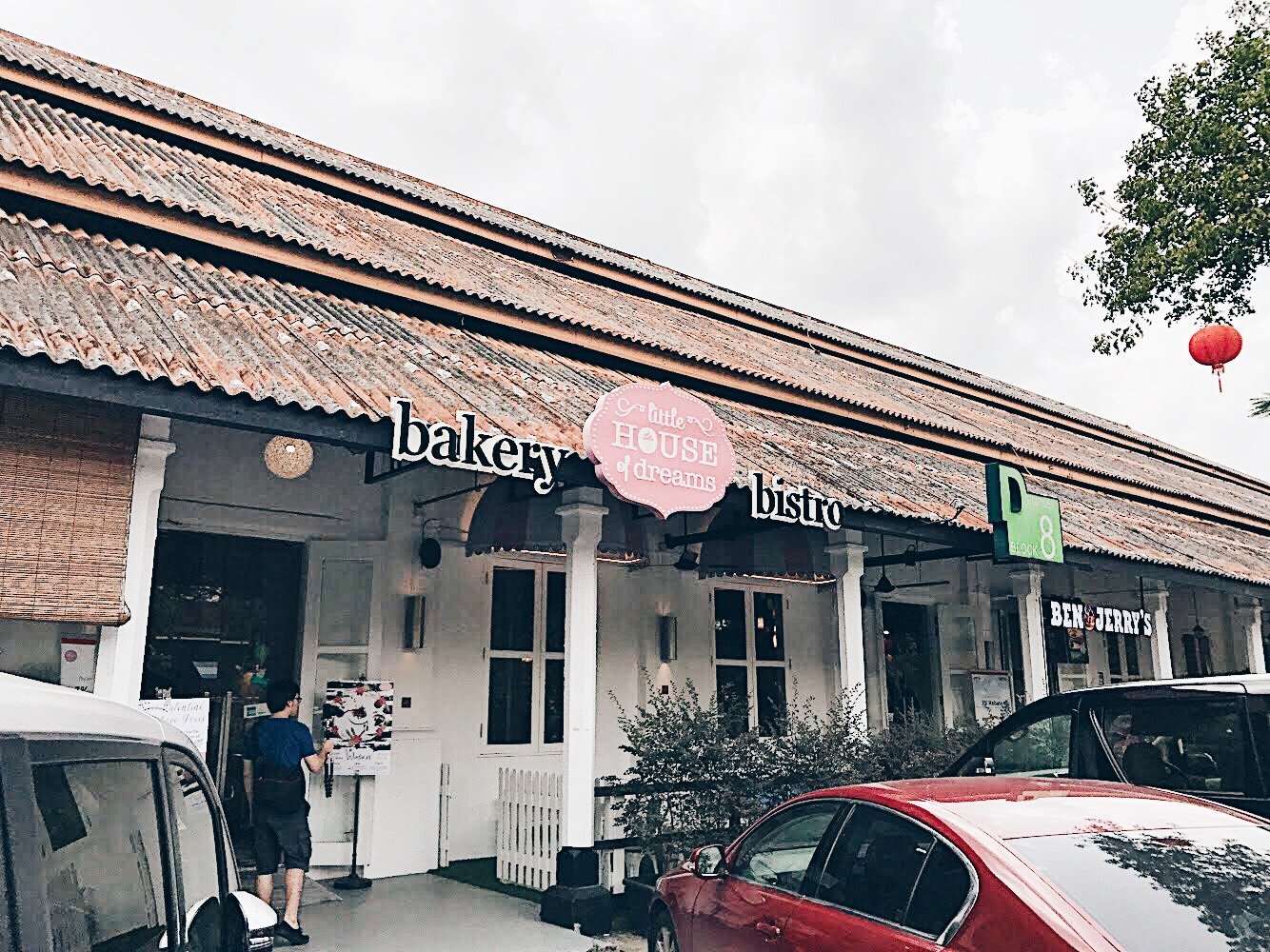 The brand has come a long way since its inception in 2008 where it operated online, to its first physical store in Central Clarke Quay and subsequently acquiring its very own place in the heart of Dempsey Hill.

But the dreaming didn’t stop there — the strong-willed duo continued to grow the group’s portfolio by establishing Dreams and Confetti, a retail store that carries internationally-known party-ware brands such as Rosanna and Mosser Glass.

Fast forward to the future, Dreams and Confetti is now a branding and creative services agency that specialises in concept development, design, photography, party printables, and more.

“It’s always good to expand — when the opportunity comes and the timing is right,” said Grace who also emphasised that building the right foundation plays an important role in the expansion process of a brand.

Juggling business and family affairs is no easy feat for mums with young children. Even more so, when there’s a business to look out for, as well as its online counterparts. In spite of it all, Audrey cited flexibility of time as the most rewarding aspect of running the business.

Sharing the same sentiments, Grace adds: “I think for us, being mothers of young kids… I think it’s nice for these kids of ours to see that mummies can also do some work [while] also being always there for them.”

To plenty, parenting and work are elements that share a relationship similar to two north-seeking poles of a magnet, and achieving an ideal work-family balance is perhaps one of the most challenging aspect of parenthood with time being the biggest limitation — what more for an entrepreneur.

However, Audrey assures us that it’s do-able and that running an omnichannel business gives you the best of both worlds as opposed to the common perception of it being too hectic.

“Sometimes [people] think that technology is scary or that there’s too many things involved in technology, but it’s good to always go back to the basics and maybe just set up a homepage with a few online ordering details,” she said.

“I think the trend of having a physical and online shop will be the trend moving forward; people need assurance… When they see you have a physical shop, they want to see, touch and feel your products, [whereas] the online channel is for the ease [and] convenience.”

Audrey also stated that the nature of the business has to be taken into consideration as well, elucidating with an example of having varying food qualities when you dine in and order a takeaway. 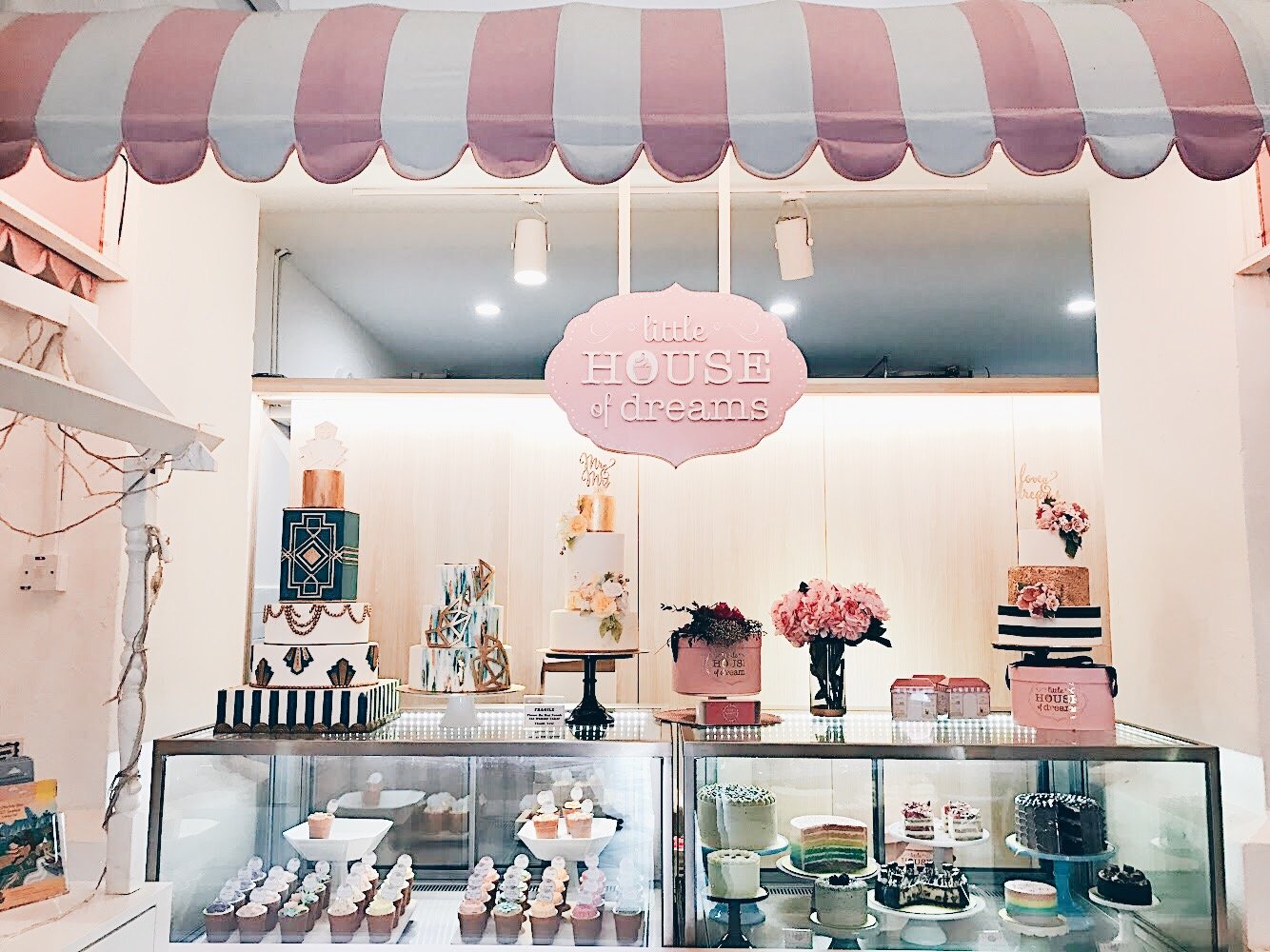 “I think online shopping is definitely the way to go for sure, but there are benefits to at least having just a small place where people can go and see your things… it depends on your products, but there are some people who would still like to visit a store and get the experience of how this business is like before they actually become a fan and proceed to ordering regularly online,” remarked Grace.

She further stressed that while most of their cake orders are received online, there are several instances whereby customers are more keen on visiting the actual store in order to try the flavours and interact with staffs, which contributes tremendously to their decision-making process — inferring that the online platform may sometimes lack the human element.

Nonetheless, there’s no stopping these supermums from striving to provide a more seamless experience for their customers; realising the importance of rewarding their loyal customers, they introduced the Dream Rewards membership program powered by Eber in 2017. 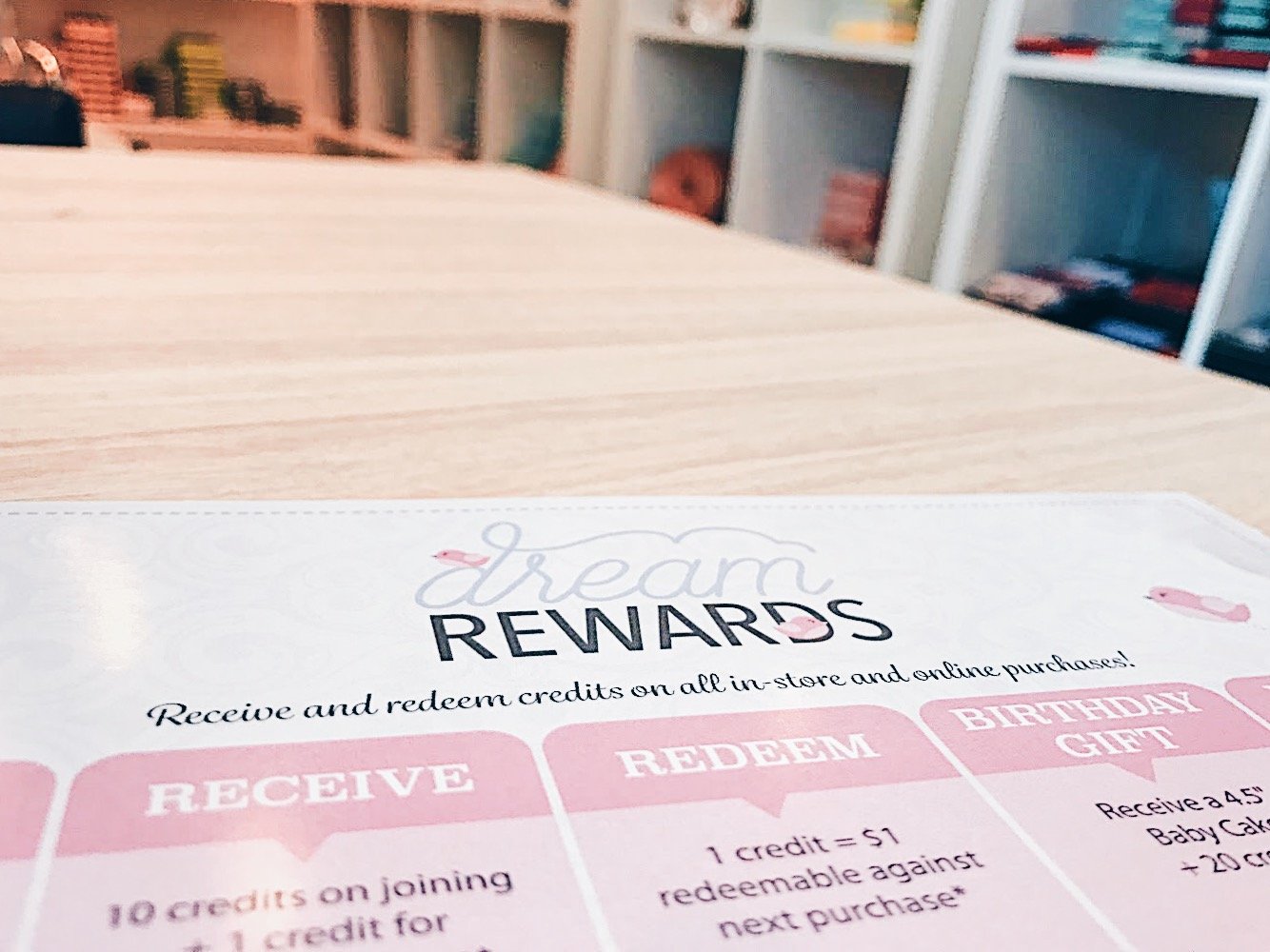 “The system works in such a way where customers earn credits when they make a purchase and these credits translate back into Dollars where they can use to redeem against the things they purchase with us, across all our brands under Dreams Establishment,” said Audrey.

“We wanted something that’s simple [and] something that tells customers ‘look, you can be rewarded when you constantly dine with us’, so I think Eber was perfect for us.”

However, just like every other loyalty program, there are bound to be some form of resistance from customers, but Grace added that it no longer became an issue because Eber’s member program addresses the root of the problem which includes the hassle of carrying physical member cards.

“I think sometimes we face resistance from customers when we explain to them about the program, some of them are not so keen to sign up; maybe they think they won’t be coming back so soon or maybe there’s far too many memberships,” she said.

Own A Hotel? Stand Out From The Crowd With These Simple Tips

Someone once shared a quote with me, “The quality of the experience will be remembered long after the price has been forgotten.” And although it’s a...

Customer Experience (CX) is essential for every business in the world. Every restaurant, hotel, cafe, grocery store, or bakery owner in the world...

As shoppers in 2021 abandon their previous habits and seek greater convenience, safety and value — how is a retailer to inspire customer loyalty?